So, just recently Red Alert 2 has had its 20th Release Anniversary! The game and its community's support has been going strong for the last two decades, so hopefully the trend continues through all the interesting projects that focus on this bizarre war between the Blues, the Reds and That Other Bald Guy. As I used to say, Long Live Red Alert 2, still the best game in the series. Given the success of the Remastered Collection, who knows, perhaps a revival of it is potentially on the table in the future. I'm sure you're just as curious to what the future of Command & Conquer holds as I am.

Now here's the thing. The set of final 8 missions of Mental Omega is built around a single narrative, telling one story from different perspectives. This means, they can only be released together, all at once. Due to various circumstances, as of this moment 5 out of the 8 final missions are finished. This has generally been a difficult time for all of us, and in our team we only have so much of our free time that we can spend on this project. After all, studies, work, family take precedence, especially now. We are getting to the end, but I can't exactly say when we will - these last missions are rather complex and demanding to design, and we want to make sure they work just as well as we intend them to. With all that said, everything else is ready and so we are going to release this update to you as-is.

A lot has changed since the last release, the Mentalmeisters team has welcomed new members, thanks to which a major overhaul of the entire campaign was possible. All of our singleplayer and multiplayer missions have been heavily revamped, with their visuals, script and even bits of lore reworked to various extent. We have further adjusted the difficulty of the campaigns, making sure that Easy setting, now known as Casual, becomes more accessible to everyone, while Mental retains, if does not up the challenge a bit.
In addition to this revamped campaign, we have prepared 6 new Special Operations and 1 new Co-Op, which replaces one of the previous maps. Yes, that is the name we'll be going forward with for this set of additional missions, since sometimes there's confusion between Covert Ops and Co-Ops. Do note that these Special Operations have been designed by different mappers than the ones currently working on the remaining final missions.

This update also gives all of the previous Special Ops their proper unique loading screen.

As you could expect, new Challenge maps have been designed and added to the game, four of them.

The skirmish map pool expansion is the biggest one yet for a single update - over 100 new maps to fight on! Many of these maps use new terrain tiles we have prepared for this patch and some of them are designed as interior.

As always, for a complete list of authors of the big everything see our Credits page.

It's been a while since the last update, so there's a whole lot of changes to talk about. There are many new additions, bugfixes, quality-of-life changes, in addition to the balance of the game being heavily revamped, to the point that I suggest you head to the complete changelog right away. In this newspost I will only highlight some of them.

Again, you can see the complete list of new additions, changes and bugfixes under the following link:

Expect this update to drop within the next few weeks. Once it's out, send us all the feedback at the usual places. The final missions will be released eventually, together, but that's all I can say for now.

If you'd like to help develop Mental Omega, write an e-mail to [email protected]
We always welcome additional Voxel Artists, 3D, SHP & Animation Artists and Mission Designers.
Single contributions are also welcome and will speed up further potential development of the mod.

Red Alert 3 first released over a decade ago.

Despite the heaps of strategy games released on PC since then, fans of the genre still play the game. Which is a testament to its high-quality strategic gameplay.

What’s really striking is how the modding community is still incredibly active to this day, continuing to work mostly on gameplay modifications that aim to rejuvenate Red Alert 3 and make it as exciting as it was back in its hey-day. 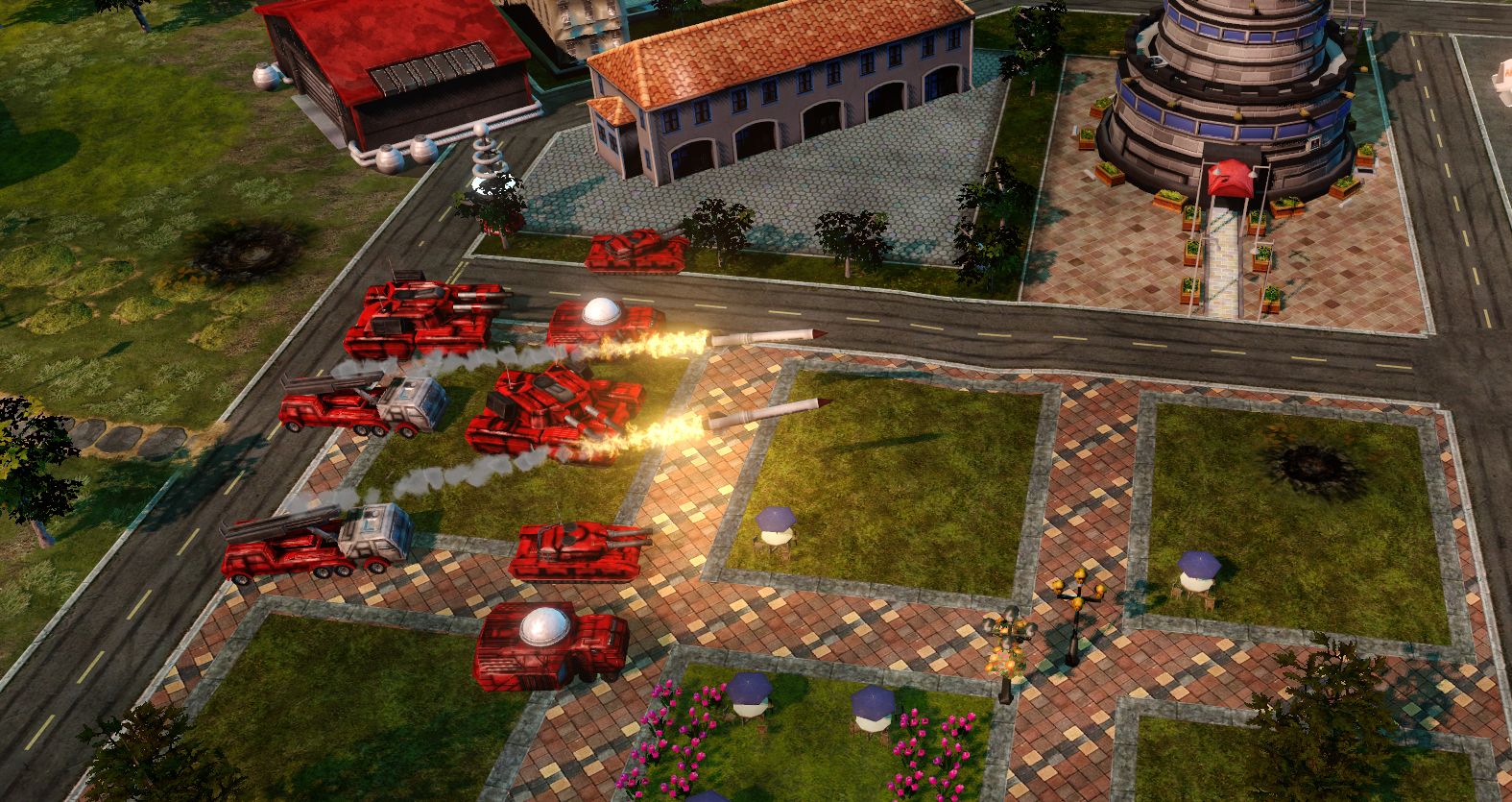 Let’s find out, my dear generals!

Sometimes, things get so big that they get out of our control.

Red Alert 3 Paradox aimed to completely overhaul the game with new factions, using their own unique technology and units.

Sadly the development of this mod halted a while back, so the beta versions released up until 2010 are the only ones that can be played.

But let me say, they’re still worth a try! Lots of fun to be had.

This mod’s name is a little misleading. As it’s not a real revolution, but more of an expansion.

Rather it builds upon the foundation of the game’s vanilla mechanics to provide an experience that’s deeper and more engaging.

Graphics are also improved in the process, but don’tt expect to see anything truly surprising.

For a Revolution, it’s surprisingly faithful to the status quo!

Transcend the limitations imposed by the Red Alert 3 developers and expand your horizons beyond what you thought was possible!

To be completely honest, Transcending isn’t as massive as other total conversion mods.

But it does bring its share of new additions.

This is based on the Upheaval mod, which added new units and maps. And Transcending also brings new co-commanders who are sure to whip your units into shape.

That’s bound to grant you the swiftest of victories!

Unless we’re talking about a Red Alert 3 Shock Therapy. Then of course it’s good news.

Red Alert 3: Shock Therapy is another gameplay conversion mod that tries to add back in some features from previous entries in the series, as well as bring balance changes and graphics improvements.

If it isn’t such a major overhaul, why the Shock Therapy name?

For the Tesla Tank, obviously!

Are you one of those players who misses Command & Conquer 3 dearly?

You and me both, brother.

Command & Conquer: Red Alert 3 “Subject 9” is a complete overhaul of the game based on C&C Tiberium Wars.

This mod not only completely revamps the game with new mechanics, but also brings a new storyline that’s actually based on Red Alert 3.

The best of both worlds, right under your mouse cursor.

I love amassing units on the battlefield. Even only to just look at them and pat myself on the back for having put together something so remarkably beautiful.

It allows us to take this game to the next level, as it introduces a good number of new unit models as well as Navy units that’ll let you dominate the battlefield with ease.

Add some improved AI and new special effects and you get a mod that’s a must-download.

Especially if the vanilla experience is becoming stale.

Cinematic, trailer-like intro aside, the Red Alert 3 Entropy is indeed all about transformation

It’s a major overhaul of the entire game, introducing new factions, new single-player and co-op stories, tons of new units, new game modes, and more new content than you can shake your turret at.

The mod isn’t complete as of this writing, so you’re not getting all this content from the get-go.

But it’s so promising that it deserves to be mentioned here.

Red Alert 3 is a great game.

But it has some baffling features that honestly make you go “huh?”

Like how tanks takes forever to kill an infantry unit. Realism, anyone?

The Armor Rush mod rebalances the gameplay in a way that it feels slightly more realistic (without doing away with the fun).

It feels almost like a Hard Mode mod, but without the frustration, and with tons of fun options!

The past meets the future, and together they bring forth the unimaginable.

The Command and Conquer: Alternate Universe mod is not exactly an original gameplay overhaul.

Tons of content from the now-classic game (and its expansion) make the jump to Red Alert 3 with this mod, complete with a new campaign that requires a little suspension of disbelief to be… believable.

And does it surprise you when time travel is involved?

And enjoy some fiery strategic action, possibly without getting burned.

This Go to Hell map pack is a great pack that includes three maps, all of which can be played by two and four players.

The maps are set inside the volcano you see in the Soviet Campaign.

Why the hell would any army fight inside a volcano? That’s a question better left unanswered.

So just download the pack and become as crazy as any soldier can be in Red Alert 3.

Total overhauls and gameplay conversions are all well and good.

But what if you just want to enjoy an enhanced vanilla experience?

You can, of course: since mods make everything possible.

Reloaded is a partial total conversion and balance mod for Red Alert 3 which aims to rebalance the game to make it play closer to older entries in the series.

While there are some noticeable additions here and there, Reloaded never strays too far.

Which makes the mod a great choice for those who aren’t willing to completely relearn the game.

Before you send your tanks after me, my “O” key is not stuck in.

This mod is indeed called Eastern Loong, and it’s a great one as well!

This faction has its own technology and construction methods, which spices up the experience so much that all of the mod’s features wouldn’t feel out of place in an official expansion.

Time to defend the Great Wall!

Every game starts becoming predictable after a while. Even Red Alert 3.

Especially if you’re not using the Superior AI mod.

This jazzes up the Red Alert 3 experience considerably by expanding the AI’s possibilities, making computer-controlled enemies more aggressive, and more creative with their strategies.

Each AI has its own personality too. 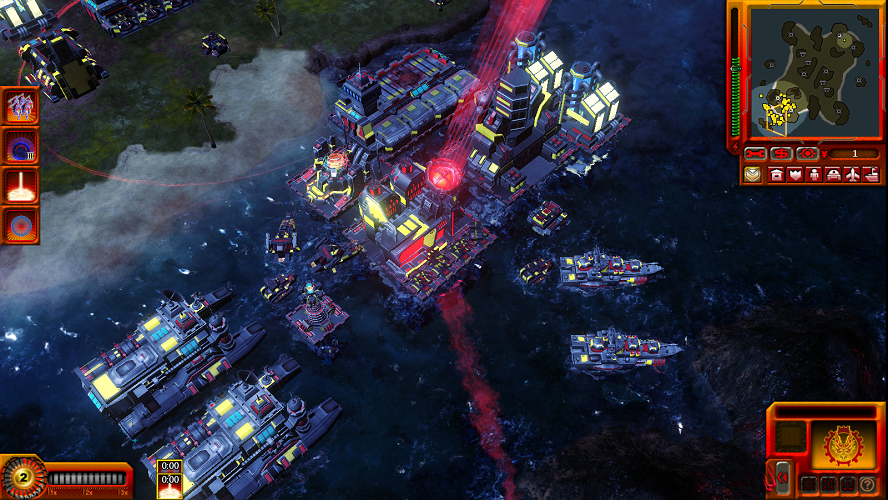 So you can never feel truly safe until you’ve obliterated your enemies utterly and completely.

As far as Red Alert 3 gameplay mods go, nothing shines as brightly as The Red Star mod.

Because it brings so many changes that it would be impossible to list them all here.

Suffice to say, all the balance changes and new units are aimed at making the game more fun than ever. And they wholly succeed at it, too.

Take a peek at the mod page for a complete list of everything it offers. A serious must-try addition to Red Alert 3!

This is the Red Alert 3 mod, for true fans of the series.

The Red Alert is a major game modification that recreates the experience of the original Red Alert, brought into Red Alert 3.

This is no small feat. Especially considering the jump to 3D graphics which brings a whole lot of issues that even professional developers have trouble dealing with.

The mod team, however, proved to be up the challenge. And they created a mod that’s as great to look at, as it is to play. Give it a try and see what you think.