The Miseducation of Lauryn Hill is one of the most celebrated albums of all time, and in a recent podcast episode, Lauryn Hill reveals why she only recorded that one solo album.

Hill recently sat down with Rolling Stone on their Rolling Stone’s 500 Greatest Albums podcast and revealed why her debut album, which broke numerous records, is still technically her only solo album. She explains in the episode, “I challenged the norm and introduced a new standard…I believe The Miseducation did that and I believe I still do this.”

She goes on to say she thinks her and the debut album, “defy convention when the convention is questionable.”

Read More: Lauryn Hill claps back at critics who called her ‘crazy’ for calling out systemic racism over a decade ago 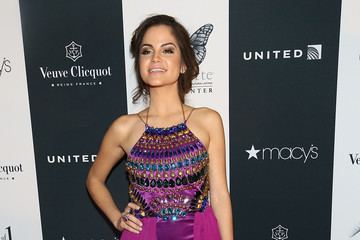 The Miseducation of Lauryn Hill certainly did impress at the time of its debut. At the 41st Annual Grammy Awards in 1998, Hill won five Grammys including Album of the Year, making her the first woman to win five awards in one night at the music ceremony. Miseducation also became the first hip-hop album to win Album of the Year in the Grammy’s long history, and at the time, broke the record for first-week sales by a female artist with 400,000-plus copies sold.

The singer also sheds light on her relationship with her record label. She reveals, “The wild thing is, no one from my label has ever called me and asked, “‘How can we help you make another album? Ever…ever. Did I say ever? Ever.”

Studio Album (2) - Compilation (3) The Best Of Lauryn Hill Vol. In 1998, she launched her solo career with the release of the commercially successful and critically acclaimed album, The Miseducation Of Lauryn Hill. The recording earned Hill five Grammy Awards, including the coveted album of the year and best new artist awards.

She goes on to clarify that she feels the incredible success of Miseducation at times did not mirror her personal life experience. She explains, “People had included me in their own narratives of their successes as it pertained to my album and if this contradicted my experience, I was considered an enemy.”

You can listen to more of Hill on Miseducation in Rolling Stone’s 500 Greatest Albums podcast on Amazon Musichere.

Have you subscribed to theGrio’s podcast “Dear Culture”? Download our newest episodes now!