Amazon.co.uk: josh groban album Select Your Cookie Preferences We use cookies and similar tools to enhance your shopping experience, to provide our services, understand how customers use our services so we can make improvements, and display ads. Find Josh Groban discography, albums and singles on AllMusic.

Josh Groban is the debut studio album by singer Josh Groban. The track 'You're Still You' charted at #10 on the BillboardHot Adult Contemporary Tracks chart, and 'To Where You Are' charted at #1 on the same chart.[2]5 tips for taking product photos on your phone.

CLEVELAND, Ohio -- Like all of his performing peers, Josh Groban has had the arena of live performing sidelined by the Covid-19 pandemic this year.

But while he’s been idled, he hasn’t been idle.

On Nov. 20, the singer, songwriter and film and stage actor -- a veteran now 19-years into his recording career -- released “Harmony,” his ninth studio album. The 12-track set, which features duets with Sara Bareilles, Leslie Odom Jr. and Kirk Franklin, is very much a work of is time, a case of Groban having time on his hands and an opportunity to record some songs that have always been in his creative crosshairs. He also learned quite a bit about pandemic production and remote recording while working with producers Bernie Herms, Steve Jordan, Tommee Profitt and Federico Vindver.

Groban, 39, is accompanying the album with a trio of virtual concerts, which he started during October with a program of Broadway favorites and continues on Nov. 26 with a show featuring the new album. On Dec. 19, meanwhile, he’ll deliver his first holiday concert. (Details and tickets via JoshGroban.com/Livestream)

These may be strange and challenging times, but Groban says he’s trying to maintain his own kind of “Harmony” within the chaos..

Your last album (2018 1/4 u2032s “Bridges”) was very personal and dominated by original songs. What was your vision for “Harmony?”

Groban: After the last tour I had songs I was working on, and in my head, I was in a real vocal mode. I’ve got a lot of bucket-list songs I haven’t recorded yet that I wanted to lend my voice to. And I was getting a lot of requests. When you tour, especially, on social media people are not shy about sharing what they want you to sing. Sometimes I take that with a grain of salt, but during the last “Bridges” tour I was doing different songs. (Charles Aznavour’s) “She” was an example, (Roberta Flack’s) “The First Time Ever I Saw Your Face.” We had about five or six songs that were like that, so it’s about finding arrangements and figuring out which ones work best. It’s just pure joy; There isn’t a lot that gets in your way of deciding other than what feels good, what sounds right, what feels relevant.

How much did the latter, and the current state of the world, impact on what you chose?

Groban: Sure, when the world changes the choosing changes, too. After we’d all sat around for a while and I had the time for myself, trying to find ways to record again, different songs became more relevant than they might have seemed before. One example is “The Impossible Dream.” I’d always kind of viewed it unfairly, because so many recordings had been made of it. It felt like it had taken on a life of its own in both an inspirational way and a kitschy way. But when I dove into that lyric again in the political crisis we’re in, the health crisis we’re in, when I talk to my friends and co-workers about how it really does take great bearings, sometimes. to hope, I found a new appreciation and love for it. 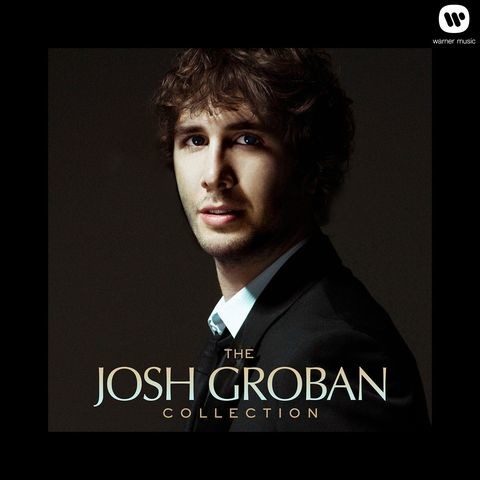 Did any of these feel particularly challenging to take on?

Groban: “Both Sides Now,” which I did with Sara Bareilles. I love that song so much I was scared to sing it. It came in late in the album process, but it felt right for what we were going through now, the first time for a lot of this for my generation and a younger generation. So, I included it, and I thought it came out really well.

You bookend “Harmony” with two originals (“The World We Knew (Over and Over)” and “The Fullest”). Where did those come from?

Groban: Y’know, I was not expecting at all to write anything for this. The label wasn’t looking for new songs. These were both written within a week, probably in July, maybe August, and recorded with my microphone in my bedroom. I got to know Garage Band (software) for the first time. Usually I’m always singing into my iPhone Writer. But when I knew I would have a lot of time on my hands I asked a friend of mine who’s an amazing engineer to set me up with a good Neumann mic and (software) and I just decided to make some noise, just for fun, just as therapy.

Both seem pretty optimistic -- surprising, given the times?

Groban: I’ll tell you, the writing was happening very, very fast. I was kind of inspired to express some of the feelings of hope. I could’ve gone into the despair department 'cause there was certainly a lot of that, but I felt like the best thing to do was to express some hope. “The World We Knew” was inspired by the doctors and nurses and students and people doing front-line work..and the humanity made me inspired to write about the idea that at our core we can do good and get through these moments. And with “The Fullest” I was having a bit of existential crisis, as we all have, about “What does it all mean?” and I started tapping into what it means to have faith right now.

You mention recording in your bedroom and learning new software. The whole album was an exercise in remote pandemic recording. How was that for you?

Groban: (laughs) I’ve always looked at technology pretty cross-eyed. I’ve always been very lucky to be in the same room as orchestras and take an old school approach to making music. But the only chance we had to finish this (album) with the scope that we wanted was to do it safely, and that meant to utilize that technology and to record people where they were. It’s a feat of engineering strength that it all comes together and becomes the whole -- that’s why we called the album “Harmony.” It was amazing to me as I was in a little cabin in Washington state, on Zoom watching string and woodwinds six feet apart putting on finishing touches at AIR Studios in London, with a producer in Nashville and a bassist in New York and I’m giving notes from Washington state, in the middle of nowhere. It was such an enormous amount of effort, but really inspiring.

You’ve joined the virtual concert world with your current series of shows. How do you find that new world order?

Groban: This is new territory for all of us. As somebody who very much thrives on the bounce back and the energy of an audience to tell us how the evening’s going, it was daunting. I knew there would be that awkward silence after each song, for 90 minutes, so how do you know if it’s going OK? But what’s been fun is I’m able to reach far more people than I would have and even reach places I haven’t been able to get to yet. I think I had two people from New Guinea on the first one, and others from off the beaten path. I probably had someone from Antarctica. So that’s really fun. It’s a win-win; People are craving that connection, and so am I, so in a way that imperfect environment has meant more to me than being in the big wazoo venue.

The return to touring is a long way off. What else is on your docket looking forward?

Groban: I’m gonna stay creative. I’m gonna dive in and keep writing. I have to keep that engine going, 'cause that’s in me. I don’t have to slow down even if the rest of the business is slowed down. I can still create and craft, and even if there isn’t anybody to hear it (live) right now, as long as people keep clicking the links and want to hear it, I’ll keep making music. And I’m trying to just do the day-to-day little things -- trying to keep my house clean, keep myself clean, try to be a better chef, check in with my friends. I’ve been on a whirlwind treadmill since I was 17 years old, so I’m just trying to make the best use of this time that I can.