Resident Evil 7's Mutated Margurite boss fight is one of the game's bigger battles, meaning you'll have to be well armed and healed before you take it on.

Doing so will allow you to get the Lantern for the Altar scales - which you bumped into previously in the Old House after using the Crow Key.

If you're after help for parts of the game, consult our complete Resident Evil 7 walkthrough and guide.

Before you start the fight

After chasing Margurite through the tunnel you'll emerge outside the Greenhouse. First, go south and unlock the gate so you can go to the Trailer in the Yard, and stock up on consumables and restock your weapons - such as the Burner and Shotgun - as you'll be needing them.

You should have picked up a few more Antique Coins from the Old House too, so now's a good time to purchase some indefinite upgrades.

When you're ready, head up the main steps that head up to 2F of the Old House, grabbing another Treasure Photo on the left as you go - the other way is locked - to start the Mutated Margurite fight.

When you first enter the house, there's a hole in front of you. Don't drop down yet; go right, and collect some consumables (we found a Separating Agent, two Herbs and Solid Fuel).

This entire Greenhouse is a boss fight location against Mutated Margurite. She won't appear just yet, so you can explore this ground floor area safely for some consumables, such as a crate to smash in the corner of this first room, a sofa at the end of the proceeding corridor and a spider-covered locker in the far right corner with some Chems inside.

When you climb the steps, a spider-like Mutated Margurite will appear out of the wall, pinning you to the ground. Headshots will see her retreat, and the boss fight will begin. 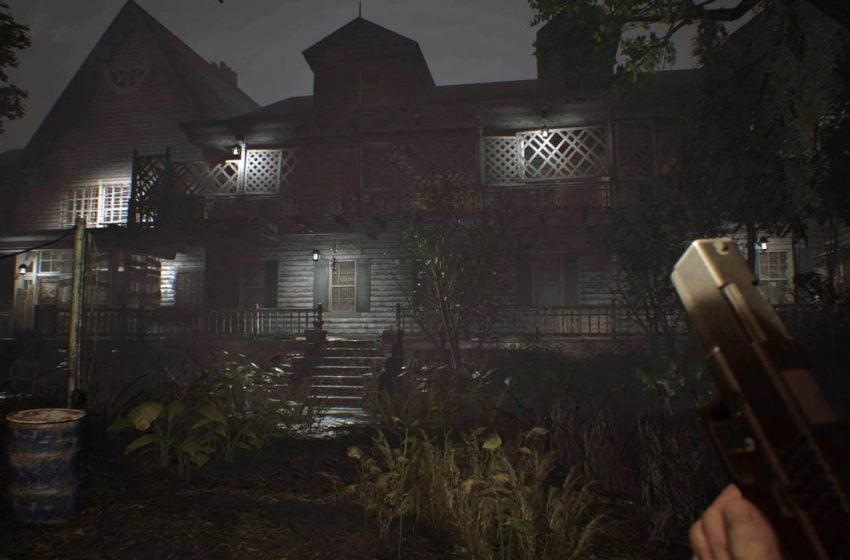 Essentially, Mutated Margurite will move around the entire building, and you have to shoot her in the stomach to deal damage. She'll mostly walk around on her legs, exposing her stomach, where some Burner damage or Shotgun / Enhanced Handgun Ammo rounds will see her flee, usually in a spider-form, climbing up the walls.

:: The 20 best Xbox One games you can play right now

When she does this, she can still leap a distance and attack you, so unless she is facing away from you - where her weak point is exposed and you can fire - stay away from her until she either comes at you or disappears.

When she disappears, she'll mostly likely be laying an Insect Nest somewhere in the house. You'll hear a rather unsettling gurgling noise which will give you a clue. There's a number of set places this will be, such as in the eastern open areas on both floors of the house.

You can shoot her as she's laying the Nest, leaving her exposed, otherwise she'll resume to her normal two-legged pose and have a swarm of insects to help her. If you fail to get her in time, then use the Burner to cut through swarm, quickly destroy the nest, and deal damage to her too.

That is essentially the battle; find Margurite, shoot her weak point, and repeat. What initially feels like a battle where you should be on the back foot soon becomes a game of hide and seek with her hiding away, and your job to hunt her down and deal damage. About don's backside.

When she disappears, then's a good time to make sure you're properly healed (remember to use the left bumper to shield yourself from attacks) and that your main damage dealers - ideally the Burner and Shotgun - are fully reloaded and ready to roll. If you run out of ammo, there are consumables dotted all over the house for you to collect.

Want more help? Our Resident Evil 7 walkthrough and guide provides step-by-step instructions on how to survive the main story, as well as finding the Shotgun, Grenade Launcher and the game's many Lockpicks and Treasure Photos. Meanwhile, our Antique Coins locations, Mr Everywhere statue locations and File locations lists will help you find every available collectible on Normal and Easy difficulties. We also explain how to get the Dirty Coin item in the game by getting the best Resident Evil 7 demo ending, and for DLC, the full Bedroom solution, getting the Daughters True Ending, how to beat Hoffman at Blackjack in 21 and finishing Nightmare mode.

Using the lantern for the Altar scales

Pick it up, and comb through the house to collect any consumables you didn't collect - including those behind spider covered ladders, which are thankfully gone too.

To leave the house, go to the ground floor, and on the eastern side of the house to the south, the wall should rot away, letting you depart from the alternate entrance to the house.

Is The Resident Evil 7 Dlc Worth It

Our recommendation is to head back to the Trailer to save and manage your items, then head to the front door of the Old House, use the Crow Key, and to the Altar with the Lantern to proceed to the Detention Room.