YOUR MIX
AT YOUR FINGERTIPS

Once set up, you can use the Mackie Control to control Logic Pro in the following ways, or perhaps take an alternate approach that best meets your working preferences. With your project open in the Tracks window, select the channel strips you want to control by pressing the fader bank.

Modern DAW software has given us virtually unlimited possibilities for manipulating audio, but sacrifices the organic feel of faders and knobs at our fingertips. Reclaim that experience without losing the power of software with the expandable MCU Pro control surface. With simple USB plug-and-play setup with nearly any DAW, you will be mixing like a pro with real motorized touch-sensitive faders, buttons and assignable V-pots in no time.

The Ultimate Control for Your DAW

Did you purchase an MCU Pro or MCU XT Pro on or after September 12, 2019? Get your Free Avid® software here Equipped with nine 100mm motorized touch-sensitive faders from Alps® —one for each channel, plus a master fader and support for an unlimited number of banks. Each fader channel also has a V-Pot, surrounded by an LED collar to indicate the current value, and dedicated buttons for record ready, solo, mute, channel select, and signal present LED.

While MCU Pro is compatible with all major music production software, it is also designed to specifically work with your application —just access your software’s parameters in the master section and you can get right down to action. We even supply pre-labeled Lexan overlays for popular applications.

The MCU XT Pro is an eight-channel control surface extension for MCU Pro. The XT Pro has all the channel strip features of the MCU Pro —without the master section. Depending on your music production software support, multiple Extender units can be used together with a MCU Pro to emulate a large-scale control surface.

With MCU Pro, you get deep, intuitive control of mix and plug-in parameters, real-time visual feedback and set up is plug-and-play —without any MIDI mapping whatsoever! Streamline mixing in your project studio or scale up with multiple MCU XTs to mix major projects. With the push of a button, writing automation on dozens of tracks in a large music project or even mixing for film and television is now effortless.

An industry standard for decades, Pro Tools First is easy enough for beginners yet sophisticated enough for experienced musicians. Get many of the same tools used by your favorite artists and recording studios. And now you can collaborate online with anyone, anywhere, and create at the speed of your imagination. Available for MacOS® and Windows® operating systems. Learn More

*Requires a new Pro Tools First subscription at no cost

Waveform OEM is a multi award-winning workstation, featuring powerful and creative tools to inspire the modern musician. Unlike typical ‘Lite’ versions, it does not impose any restrictions – you get unlimited track count, powerful features, compatibility with all popular plug-ins and efficient performance on MacOS®, Windows®, and Linux® operating systems. Learn More

Introducing a collection of 16 contemporary FX plug-ins for use with any DAW. These plug-ins utilize the very latest algorithms and coding techniques to deliver extraordinary sound quality in an extremely efficient package, allowing the plug-ins to be used liberally across a wide range of native computer systems. Learn More 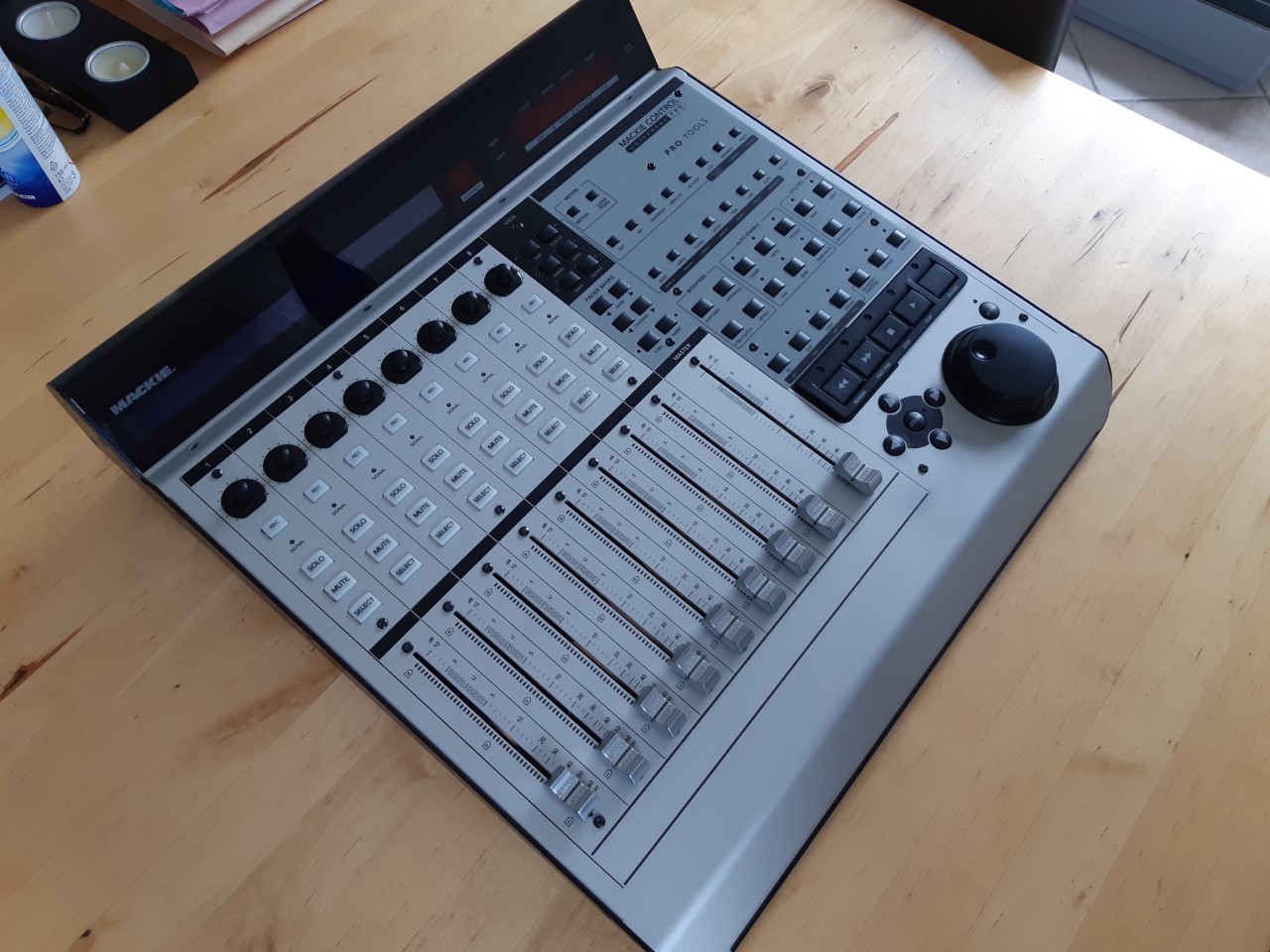 With MCU Pro, you are fully tactile. Why not get tactical and comeplete your Mackie studio?

Getting the obvious outta’ the way

There’s some benefits of the Behringer X-Touch line over the Mackie MCU Pro line that aren’t really the focus of this article. So let’s briefly go over those benefits.

The X-Touch line (X-Touch and X-Touch Extender) has VU meters, is cheaper by nearly half ($449 vs. $1,099) and has better looks (once you take off the tacky, plastic sides). While those points help, the part that makes the Mackie MCU Pro line inferior is down to…

The hidden drawback of the MCU Pro line are the rotary encoders. They’re completely inferior to the entire Behringer digital rotary encoder devices, from the BCR2000 to the X-Touch Extender. The rotaries of Mackie MCU Pro line devices function horribly because they don’t contain any acceleration function. 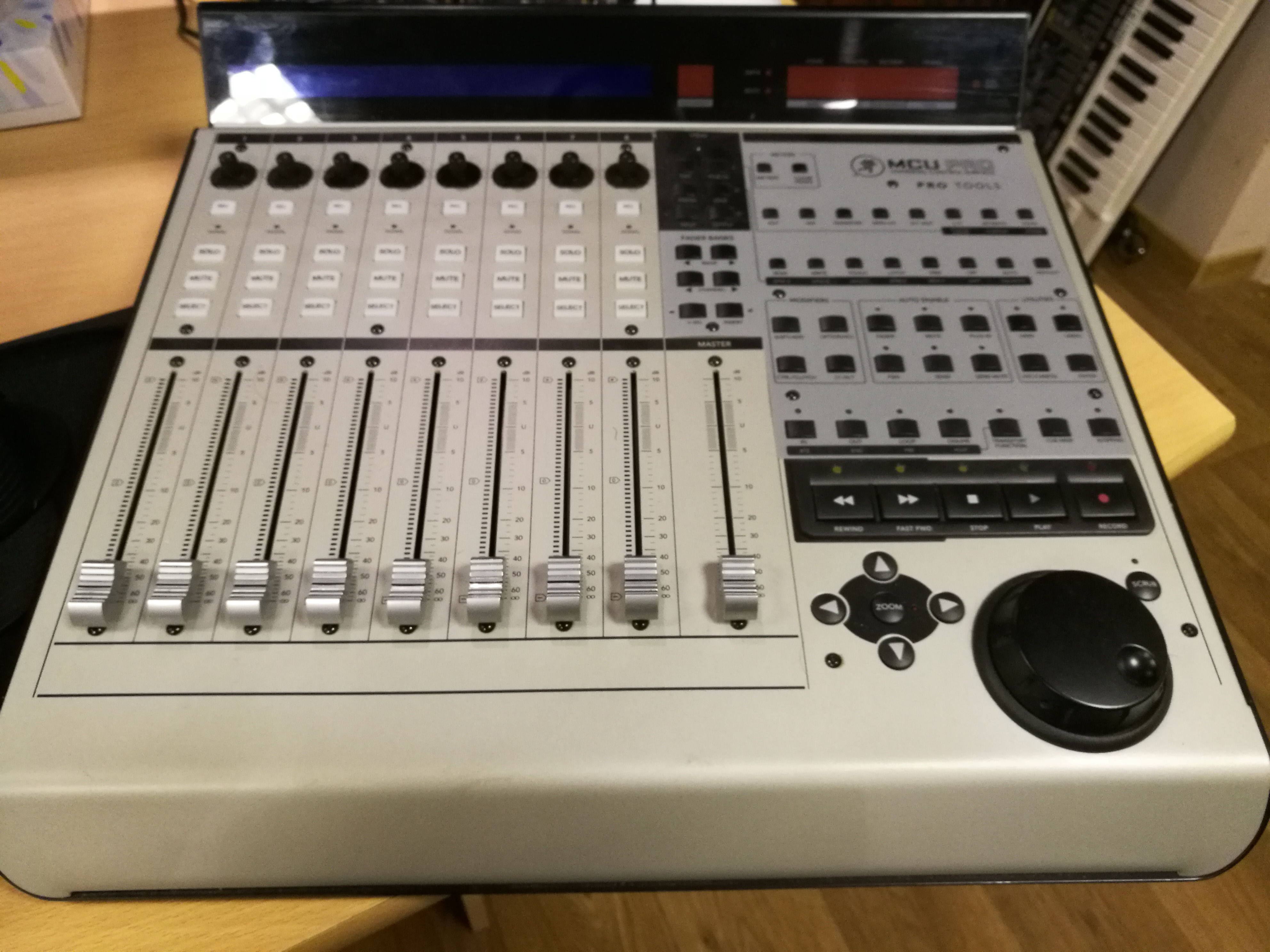 For Behringer X-Touch mixers, they support acceleration for their rotary encoders. Meaning you can turn the rotary knob slowly to change values from 0, 1, 2, 3, etc. But if you twist the rotary quickly, you can go from 0 to 127 in one motion.

In this GIF, I’m using the MJ Enhanced Combo Extender remote map I created on my X-Touch + Extender. I’m turning the low frequency gain knob of a mixer channel. The parameters in Reason for this knob goes from 0 to 1,000 and moves by 10 ticks. You can see, in one motion, I can change the value from 0 to 1,000. Yet I can also move the encoder by the smallest increments. The most important thing to focus in the GIF is the LED encoder’s position to get a visual understanding of the importance of this.

You might think this isn’t a big deal, but it’s a huge deal. In mastering, you need to sweep knobs, changing knob values quickly. This isn’t possible at all with the MCU Pro. Mackie MCU Pro and XT Pro owners don’t complain about it, but that’s simply because they either don’t realize this or they view it as an acceptable flaw. Yet if it were so acceptable, then Mackie would still be selling the Mackie C4 Pro. But…

The reason the Mackie C4 Pro was abandoned

The rotary encoders of the Mackie MCU Pro line are the reason so many people were buying the Mackie C4 Pro and immediately returning them. The MCU Pro, XT Pro and C4 Pro all use the same encoders and digital hardware for controlling the rotaries. 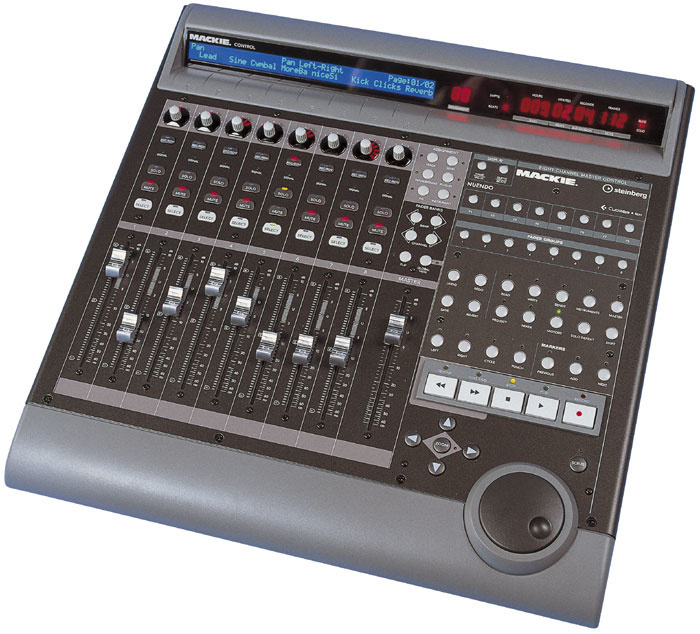 Mackie discontinued the C4 Pro because people were expecting to preforming sweeping actions with the rotary knobs for controlling synths, effects and other devices. Yet I personally find my most demanding “knob sweeping” needs are not when controlling synths or effect devices but controlling the mixer.

Many people who own Mackie MCU Pro and XT Pro’s may not complain about the rotary knobs, but that doesn’t mean these issues don’t exist when compared to Behringer X-Touch’s. Just like if you were to ask me, a Behringer X-Touch owner, if I have any complains about the quality of the motorized faders, I’ll say no.

The Behringer brand gets undeserved flack

A lot of people have this notion that Behringer makes bad products or they’re of lesser quality than more expensive products. I haven’t found this to be true at all. I’ve owned products from Alesis, Akai, AKG, American DJ, Gemini, Korg, LiveWire, M-Audio, Ocean Matrix, Roland, Samson, Sony, Tascam and Teac. The products I’ve owned from Behringer have all been high quality, durable and dependable.

I don’t buy based on brand, I buy based on the merits of an individual product. So it’s telling that of all the brands I’ve mentioned, I’ve owned the most Behringer products. First was the BCF2000, then BCR2000, MS20, X-Touch, X-Touch Mini, FCA1616 and most recently the X-Touch Extender. The most delicate of those products, the three motorized mixers, were each bought used and they all function flawlessly.

Behringer almost always introduces a product later than their competitors and at a much cheaper price while many times adding additional features. Somebody spends $1,000 for a product, develops brand / model loyalty (to justify their purchase) and then another brand comes out with an alternative for only $500?

Of course people are going to talk crap. So many people hate Behringer products simply because Behringer has a habit of disrupting product categories; similar to some of the hate Apple and Samsung experience.

Behringer X-Touch is the superior device

The Mackie MCU Pro and XT Pro are very capable mixers with quieter faders, work well on flat surfaces and perform nicely with Reason (because of the MJ Enhanced Universal Control / MJ Enhanced Combo Extender). In fact, I personally view the original MCU line as being iconic and an important part of control-surface history. The Behringer X-Touch line is modeled directly off of the MCU Pro line after all. But because of the MCU Pro’s rotary encoders, looks, lack of VU meters and price, the Behringer X-Touch line is clearly superior.